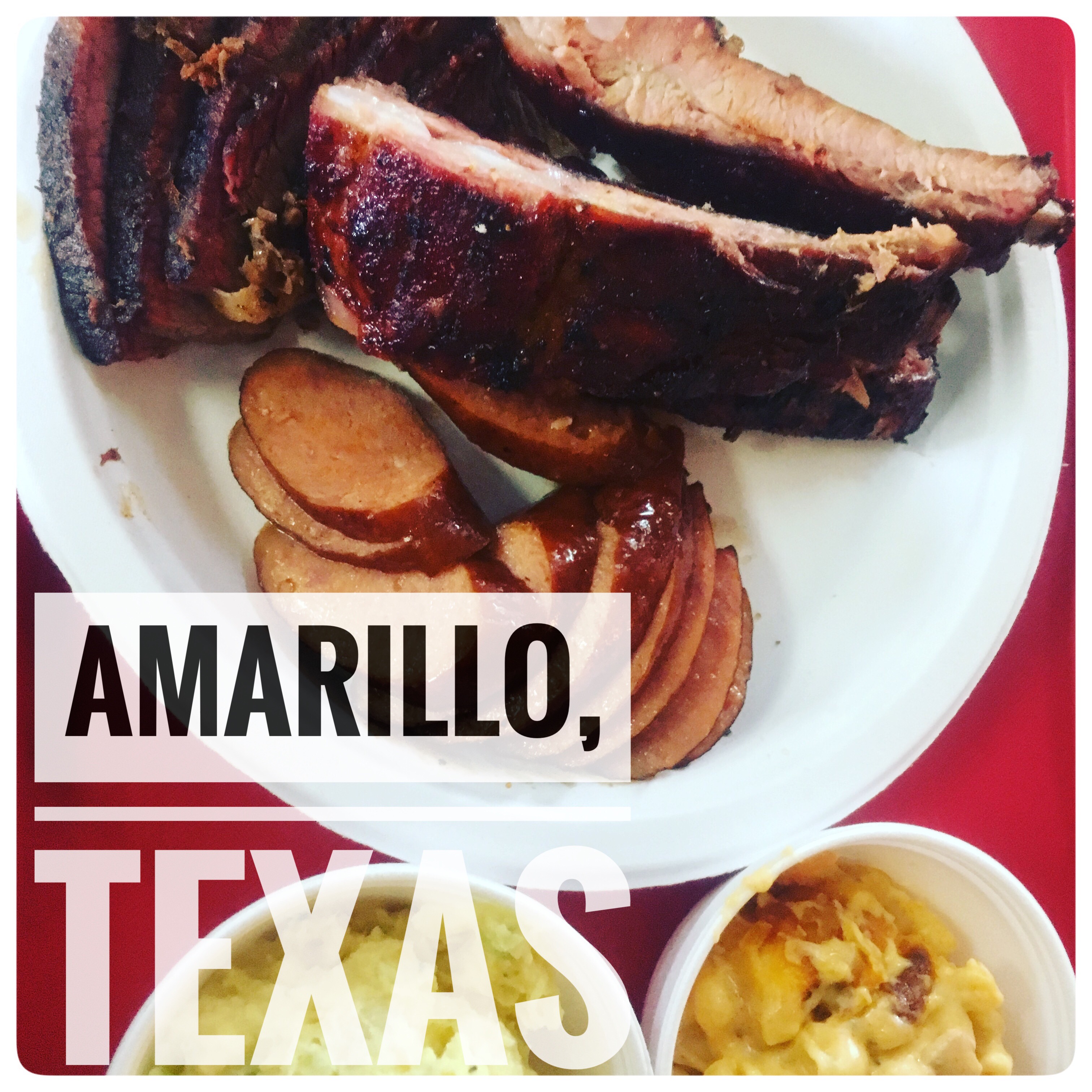 Goin’ up on a Tuesday: Tyler’s barbeque in Amarillo, TX

Sometimes it’s best to write about an experience when it’s most fresh in your mind. Sometimes it’s also good to just let the memory brew and write about it when you’re craving it later. Where I am now there is no lack of chicken or beef, but nobody does a Texas barbecue like good ‘ol Texas.
I’ve driven Route 66 back and forth many times and there are always new hidden food treasures to find along the way. On my last drive, from Los Angeles to Nashville, my best friend and I were driving through Texas and needed to stop for gas along the way, but realized we were hungry enough that a full food stop would be necessary. Trying to avoid fast food on this trip, we did a quick Trip Advisor search. A few clicks and suggestions later found us at Tyler’s BBQ in Amarillo, TX right off the 40. As soon as we drove up, we knew we had made the right decision.

On exiting the car, I realized that the Texas girl I once had been was starting to look more like a California hippie, so we didn’t quite fit in. I swear everyone was on the same page about the town uniform that day: every man had on jeans, a crisp plaid shirt, cowboy boots and a mustache. It gave the place a real “Texas cowboy” feel which was quite stereotypically comical.
My best friend and I split the three meat plate which included two sides for $14.95, you just can’t beat that! We ordered the brisket, the ribs and the sausage. When it came to the sides we knew we wanted potato salad but what we didn’t anticipate was the best part. We happened by chance to come in on the best day of the week, Macaroni Day! If you find yourself lucky enough to be around on a Wednesday… get that macaroni! It was the best I’ve ever had! The man taking our order asked if we wanted regular macaroni or the bacon macaroni. We both laughed at the thought of there even being a choice. Of course we needed more meat!

We topped off our order with two mandatory sweet teas. However, let me tell you, that was the sweetest tea I’ve ever had and I’ve had quite a few sweet teas in my day. We opted for a half sweet tea and half unsweetened to balance, as a healthier alternative to our artery clogging meal, but it was worth every calorie.
Both of us were extremely full and still had a massive pile of meat to go. The staff gave us a to go box and a free sticker! We snacked on cold leftovers in the car later and I promise it was just as good cold! The only way you can steer wrong at Tyler’s BBQ is if you show up on a Sunday or a Monday…. they’ll be closed!
~Julie
*Way too Wanderlust recommends: Tyler’s Barbeque on 2014 Paramount Blvd Amarillo, TX 79109

One thought on “Goin’ up on a Tuesday: Tyler’s barbeque in Amarillo, TX”